JetBlue and Delta are subsiding their intense competition in Boston as both the airlines are approaching towards their respective goal of 200 departures per day.

While Delta is transitioning Boston into a hub airport, JetBlue has made a significant investment in building up the airport as its second-largest focus city. JetBlue is also using Logan as its base for the launch of trans Atlantic operations in 2021. 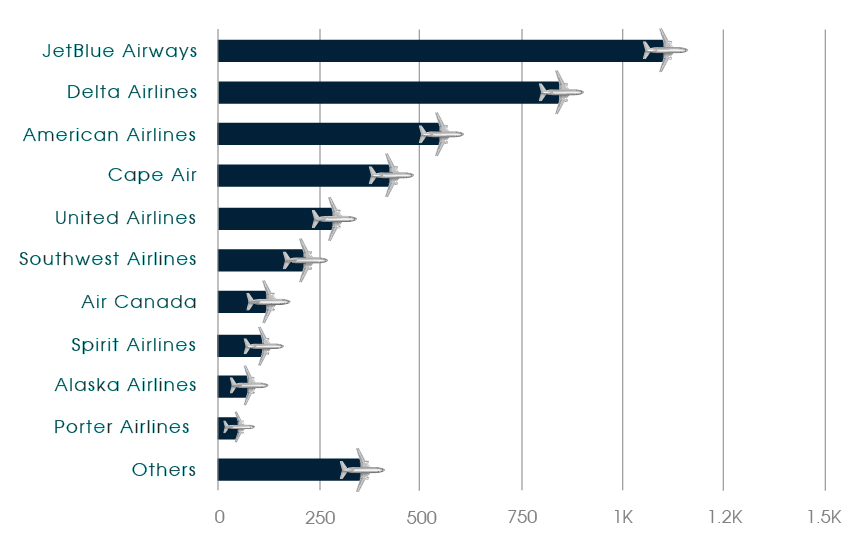 During 2018, Boston Logan saw a 6.6 per cent growth in passengers, with 40.9 million people travelling through the airport. In the first month of 2019, the airport posted 5.4 per cent passenger growth. Between 2009 to 2018, Logan recorded a passenger growth rate of 60 per cent.

JetBlue saw an opportunity to develop Boston and Delta is following suit by trying to leverage its growing connections from Logan. Delta believes that the level of connecting passengers at the airport has reached the point where Boston can be declared as a hub.

JetBlue, on the other hand, has been and continues to make substantial investments in Boston. The airline is showing no signs of giving up its leading position in the market. These elements together form a platform that is proving to be prolific for Boston.